Book now and
get our best rate!

Red Jacket Mountain View Resort has a storied history — and one that not many people know about. Did you know that the resort was once a single-family home? Read on to learn about how it evolved into the family-friendly destination it is today. 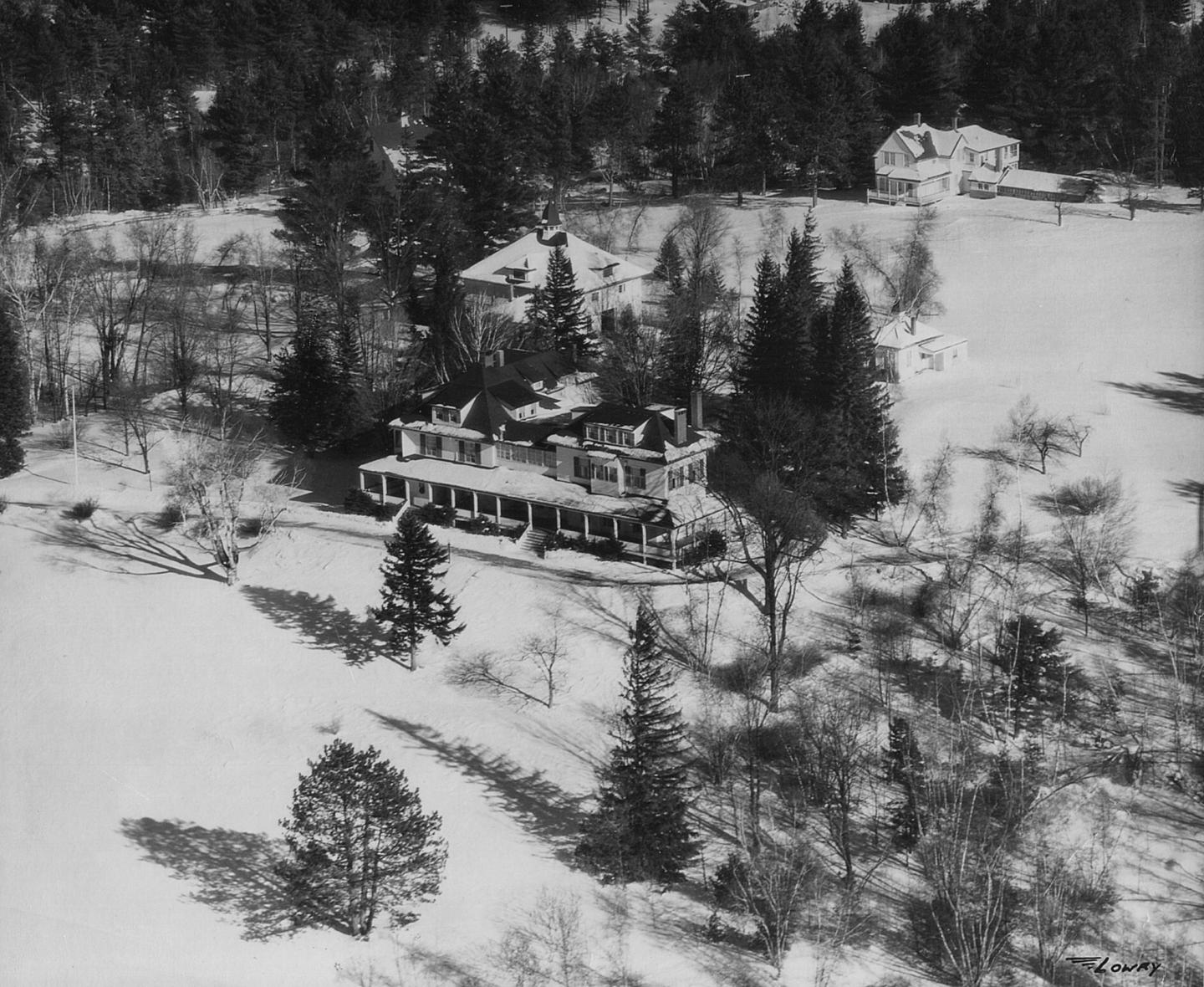 Before the resort we now know as the Red Jacket Mountain View was built, in the late 1800s, railway magnate Payson Tucker built an imposing mansion in the White Mountains. The single-family vacation home came to be known as Birchmonte (but by 1894, the “e” had been dropped). The then-president of the Maine Central Railroad, Mr. Tucker became an influential figure in the Mount Washington Valley.

Mr. Tucker played an important part in the organization of the six East Side Coaching Parades which took place in North Conway 1890-1895 and brought thousands of visitors to the town each year. The parades honored the art of coaching a horse-drawn carriage and handed out trophies and prizes to award-winning coaches. The Maine Central Railroad contributed floats, ceremonial arches, refreshment booths, benches along the streets, and decorations to make the parades more and more successful.

He persuaded the School Board to let him choose the architecture of the schoolhouse they proposed to build across the street from his mansion by offering to assume all expenses for the structure. The resulting building was known as the McMillan Schoolhouse. He contributed to the town the granite drinking fountain for horses and dogs which still stands on the south side of Main Street nearby.

Shortly after Birchmonte was completed, this description of it appeared in “Among the Clouds.”

“Among the beautiful residences of North Conway, Birchmonte, the home of Payson Tucker, vice-president, and general manager of the Maine Central Railroad ranks superlatively the first. Indeed, we feel confident in saying that no private dwelling in New England has an outlook that equals it – it is superb. The approach to the grounds is through a large iron gateway, with some towers on either side. The grounds are beautifully laid out, a lawn stretching down to the street several hundred feet away. The house, which is of colonial architecture, is two stories in height, has large and imposing frontage, and is nearly surrounded by a broad piazza. Inside, the house is elegantly finished and furnished.

“In front of the house are several fine old white birch trees – whence the name – “Birchmonte.

“At the base of the elevation on which the mansion is situated, stretch the lovely Saco meadows; above, and to the right, Kearsarge, one of the most architecturally beautiful mountains in the state, lifts its imposing head; a little farther to the left the Presidential Range gathers about the grand dome of Washington; directly to the west, and overlooking the valley, Moat Mountain rears its massive front; and more to the south, like a faithful sentinel on guard, grand old Chocorua is outlined against the sky. The grounds cover about 50 acres, and furnish an ideal location for an artist’s mansion.”

After Mr. Tucker's death, the house was unoccupied for a time, except for a caretaker employed by its new owner, Mr. Tyler.

Early in the 1900s, Birchmont was purchased by a wealthy woman from Texas, Louisa Jones, who had no use for the big stable as she introduced a big automobile with a liveried chauffeur to the village. There have been many owners since then, including the Manufacturers’ Trust Company of New York; and much of the estate has been sold over the years -- the greenhouses, the big barn, and some acreage. In the 1960’s it became a successful inn for several years but was destroyed by fire just before it was to open for skiing in 1970.

The resort added Kahuna Laguna Indoor Water Park as a year-round oasis for its guests in 2008. The 40,000 square foot water park boasts a three-story water-slide tower, tipping bucket play area, in-water basketball game and area for small children. In the spring and summer of 2019, all 150 rooms at the resort were renovated to reflect the resort’s location in the mountains and its relaxing atmosphere.

The original Birchmont home still stands on the property at Red Jacket Mountain View Resort and the tavern, which opened after Birchmont was converted into an inn, is still there, too. Birchmont Tavern, adjacent to the outdoor pool, can be reserved for events and functions.